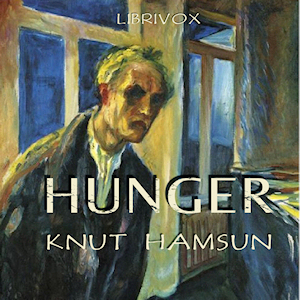 Hunger (Norwegian: Sult) is a novel by the Norwegian author and Nobel Prize winner Knut Hamsun and was published in its final form in 1890. The novel has been hailed as the literary opening of the 20th century and an outstanding example of modern, psychology-driven literature. It hails the irrationality of the human mind in an intriguing and sometimes humorous novel. Written after Hamsun's return from an ill-fated tour of America, Hunger is loosely based on the author's own impoverished life before his breakthrough in 1890. Set in late 19th century Kristiania, the novel recounts the adventures of a starving young man whose sense of reality is giving way to a delusionary existence on the darker side of a modern metropolis. While he vainly tries to maintain an outer shell of respectability, his mental and physical decay are recounted in detail. His ordeal, enhanced by his inability or unwillingness to pursue a professional career, which he deems unfit for someone of his abilities, is pictured in a series of encounters which Hamsun himself described as 'a series of analyses.' In many ways, the protagonist of the novel displays traits reminiscent of Raskolnikov, whose creator, Fyodor Dostoevsky, was one of Hamsun's main influences. The influence of naturalist authors such as Emile Zola is apparent in the novel, as is his rejection of the realist tradition.(Introduction by Wikipedia)

Hunger (1890) by Knut Hamsun "might very well be seen as the first European Modernist novel" (Robin Young, 2002). It's considered by critics to be his most enduring and important work. There is no plot to speak of, the main character doesn't have a name, the narrative is discontinuous, it's stream of conscious, highly subjective internal point of view from someone who is physically degenerating from hunger while trying to make a living as a writer. One could say he mentally degenerates as well, but it's clear from the opening chapter he is already mentally unstable for reasons never understood or explained, though more clear once the novel is seen as autobiographical (Hamsun was nuts). All of these things divorce it from the traditional 19th century novel, and it's remarkable how cutting edge it still reads given its antique age. I'm not sure I "enjoyed" it, but I was curious about its reputation and style. Parts are good, parts are bad, but it's innovative and unique for its time, a snapshot into the gradual change to modernism.

I listened to the LibriVox recording by Greg W. which is very good, based on the trans. by "George Egerton" (1899, pseudonym of Mary Chavelita Dunne) which is acceptable though very old, according to Wikipedia the 1996 trans. by Sverre Lyngstad is currently considered the definitive.

Uploaded by librivoxbooks on January 31, 2011